History of Astronomy: A Brief Guide into the Past

Who we are? Where have we come from? How was the universe born? These are just a couple of questions related to astronomy that have been inspiring human imagination since prehistoric times.

A scientific study of the universe, astronomy is the oldest science. People were interested in the celestial bodies and phenomena from the very beginning of humankind. The sunrises and sunsets, the phases of the Moon and the change of seasons were things that moved people to make astronomical discoveries, and this is how astronomy started to develop. Let’s take a dive into the fascinating history of astronomy.

We don’t have much recorded information about early man's impression of the heavens, but one thing is sure: the human being was overwhelmed by the sky and its plethora of unsolved mysteries

Presumably, the first astronomers were priests, who interpreted celestial events: at that time, astronomy was closely connected to what is now called astrology. There is evidence that early humans made attempts to record their astronomical observations: a Mammoth tusk that dates back to a whopping 32,500 years ago. The ivory tablet has a drawing on it that resembles an ancient star chart. Most likely, it shows the constellation Orion.

Also, it is believed that the image found in the Lascaux caves (France), which might be from 10,000 to 33,000 years old, can be a depiction of the Pleiades, the Summer Triangle, and the Northern Crown. You must have heard about Stonehenge, and perhaps you also know that there are other alignments like it. Very probably, these structures were used for astronomical purposes.

Not to mention, early humans used calendars based on observations of the motion of the Sun and Moon. The modern calendar that we use in our daily lives has a lot to do with the Roman calendar, which in its turn was based on the prehistoric lunar calendar.

The earliest sophisticated astronomy appeared in ancient Babylonia, in central Mesopotamia. Lucky we are that in Mesopotamia, there existed a reliable technology for recording information, the clay tablets. These ancient astronomical diaries keep the results of night-by-night watching by the temple astronomers. For instance, they say when a planet passed by the Pleiades, or when Jupiter went into retrograde motion, or when Venus appeared in the sky after a period of invisibility. Although these observations weren’t that very accurate, they undoubtedly played an immense role in the development of science.

Over time, Babylonian astronomers learned to predict the behaviour of the Moon and the planets based on repeating patterns, and by about 300 BCE they could already foresee planetary behaviour using complex arithmetical theories.

Likewise, Indian astronomy dates back to very long ago, around the 3rd millennium BCE. It is believed that at that time, it was used to create calendars. Later on, Vedanga Jyotisha, one of earliest known Indian texts on astronomy (around 6th century BCE) described rules for monitoring the behaviour of the Sun and the Moon.

Astronomy in China has also a long history. Chinese astronomers started to keep detailed records of astronomical observations in around the 6th century BCE. What is more, they could accurately predict eclipses.

What about Europe? Guess who were the pioneers of astronomy on the continent? Greeks, right you are. We can meet names of constellations in the 12th century BCE Iliad and Odyssey by Homer. Greeks started to study the motion of the planets before about 400 BCE. In his book On Speeds, Eudoxus, an ancient Greek scholar, regarded every celestial object as carried on a set of concentric spheres, which nest one inside another. 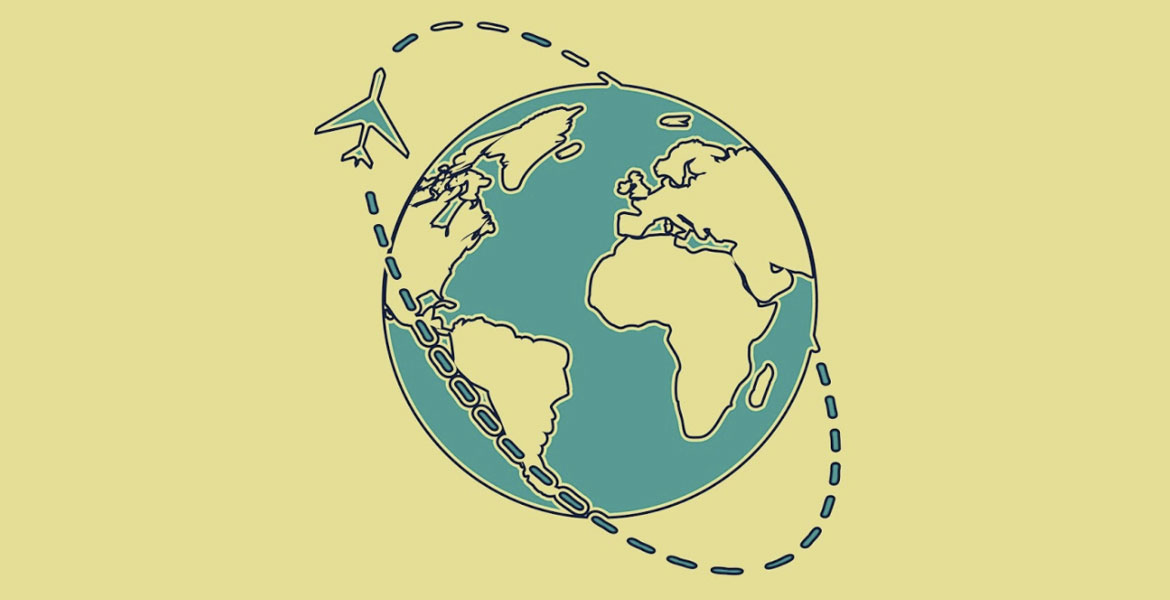 The discovery that Earth is a sphere belongs to the Greek philosopher Aristotle, who made this conclusion based on the fact that Earth’s shadow on the Moon during a lunar eclipse is circular. His fellow citizen Eratosthenes made an attempt to mathematically calculate the Earth’s circumference, and received the figure that was roughly correct (45,000 km versus the actual 40,000 km).

Some other important contributions to Greek astronomy were made by Apollonius of Perga and Hipparchus, however, the culminating work of Greek astronomy is the Almagest by Ptolemy (2nd century CE). This treatise describes motions of the stars and planetary paths. Although it canonized a geocentric model of the universe (the one stating that the universe, the Sun, the Moon, and other planets orbit a stationary Earth, which is the center of the universe), which now sounds weird, Almagest was one of the most influential scientific texts of all times. In fact, it was accepted for more than 1200 years from its origin until Copernicus. Almagest contained a star catalog covering 1022 stars and identifying 48 constellations, including the 12 ones of the zodiac.

During Middle Ages, the Arabic and the Persian world became highly cultured under Islam, and a range of important works on astronomy were translated into Arabic. By developing observational astronomy, Islamic astronomers made a truly enormous contribution to this science. The first astronomical observatories appeared in the Muslim world by the early 9th century, where star catalogues were created. One of the most influential texts of that time is the Book of Fixed Stars written by Abd al-Rahman al-Suf, a Persian astronomer, in which he described stars, their positions, magnitudes, and colour, and also included drawings of the constellations.

On the contrary, Europe was experiencing lower levels of scientific learning in the Middle Ages. However, in the 12th and 13th centuries, there were two developments that contributed a lot to the development of astronomy in Europe. The first one was the translation movement that made available some key works written in Arabic. Secondly, at that time the first European universities were founded in Bologna, Paris, and Oxford, where astronomy received a place within the core curriculum.

Renaissance and the Copernican Revolution

During the renaissance period, astronomy experienced a real revolution that is now known as the Copernican Revolution, which got its name from the Polish astronomer Nicolaus Copernicus. Copernicus’ theory was quite groundbreaking for that time: he proposed a heliocentric model. According to his heliocentric system, the planets revolved around the Sun, and not the Earth. Still, this theory remained a controversial one until Galileo Galilei, Johannes Kepler and Isaac Newton improved it. Tycho Brahe, a Danish astronomer, also aided this new model although he didn’t believe the overall theory.

Brahe was the author of the Tychonic system, in which the Sun, Moon and the stars orbit the Earth while the other five planets go around the Sun. It might sound insane now, however, people believed in this model as they still refused to accept the heliocentric model but didn’t believe in the Ptolemaic system either. Brahe is also known for his highly precise observations of the solar system and the stars. He worked on a star map called Rudolphine Tables, and when Brahe died, his assistant Johannes Kepler went on completing his works.

Kepler was the first astronomer that tried to make mathematical predictions of celestial motions from physical causes. He’s also the author of the three Kepler's laws of planetary motion. 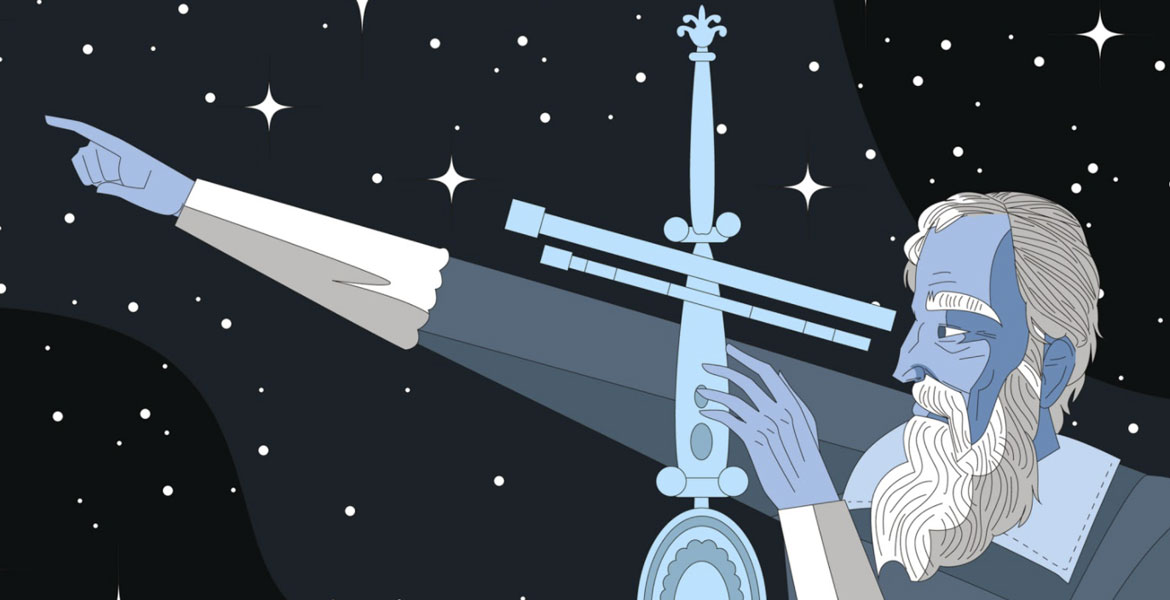 The name of another prominent astronomer of that time will definitely ring a bell to you: Galileo Galilei. Although he didn’t invent the telescope, the substantial improvements Galileo made to the instrument allowed him to make great new discoveries. With his powerful 20x refractor telescope, Galileo was the first to observe the uneven surface of the Moon. In addition, he discovered the four largest moons of Jupiter, dark spots on the surface of the Sun, and the phases of Venus. What is more, Galileo’s telescope revealed that the sky was teeming with multiple celestial bodies not visible to the naked eye.

Galileo controverted the theory of an Earth-centered solar system in favor of the Copernican heliocentric model. Sadly, the Roman Inquisition made him rescind his support of heliocentrism, and Galileo was sentenced to house imprisonment. He died under arrest.

It goes without saying that the overall technological advancement had a huge impact on the development of astronomy. Most of the astronomical knowledge humanity has now was accumulated throughout the 20th century. The invention of photography greatly helped to study fainter objects in space. Edwin Hubble, a 20th-century American astronomer, identified the Andromeda nebula as a different galaxy, and discovered that there are many other galaxies that are moving away from our galaxy

Today, astronomers can obtain extensive data on celestial objects with the help of huge and robust telescopes, both on the Earth and in space. Modern telescopes enable astronomers to capture the light of dim and distant objects. What is more, cutting-edge tools allow scientists to explore not only visible light, but also infrared light, radio waves and X-rays.

To Wrap It Up

Without any doubt, astronomy is among the most interesting sciences. Since prehistoric times, people have wondered what is there far away, out in space, what the laws of the motions of celestial bodies are, and if there exists life outside Earth. One thing is really fascinating: although humanity started observing the sky thousands of years ago, there’s still a lot to discover. 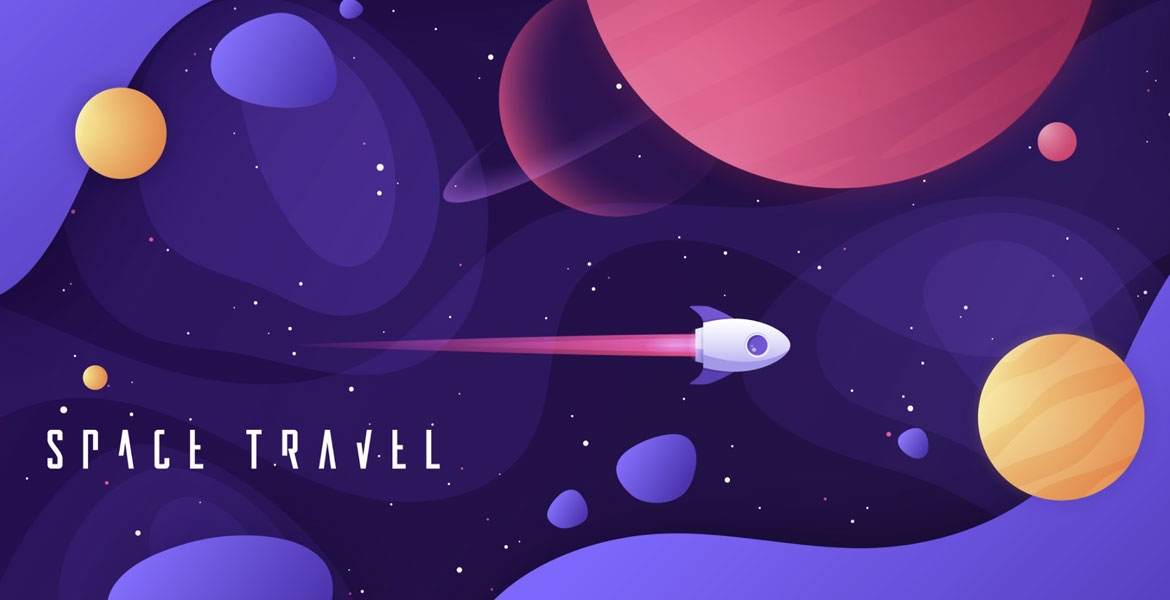 As you see, there were both rises and falls in the history of astronomy, amazing discoveries and revolutionary inventions, wrong assumptions and miscalculations. Astronomy is exciting, and who knows, maybe it will be you who’ll discover another beautiful planet somewhere in a very distant galaxy?