Names That Mean Star: Discover Them All

While choosing the name for their newborn daughter or son, people want it to be a special one. Many want that their tiny bundles of joy have names with a meaning. One of the popular solutions is to give the kids names that mean star. Fair enough: stars are beautiful and shiny, they have been seen as symbols for success, knowledge, love and joy since ancient times. If you’re looking for names related to stars, you’re in the right place. In this post, we’ve gathered a definitive list of awesome names that mean star for boys and girls. 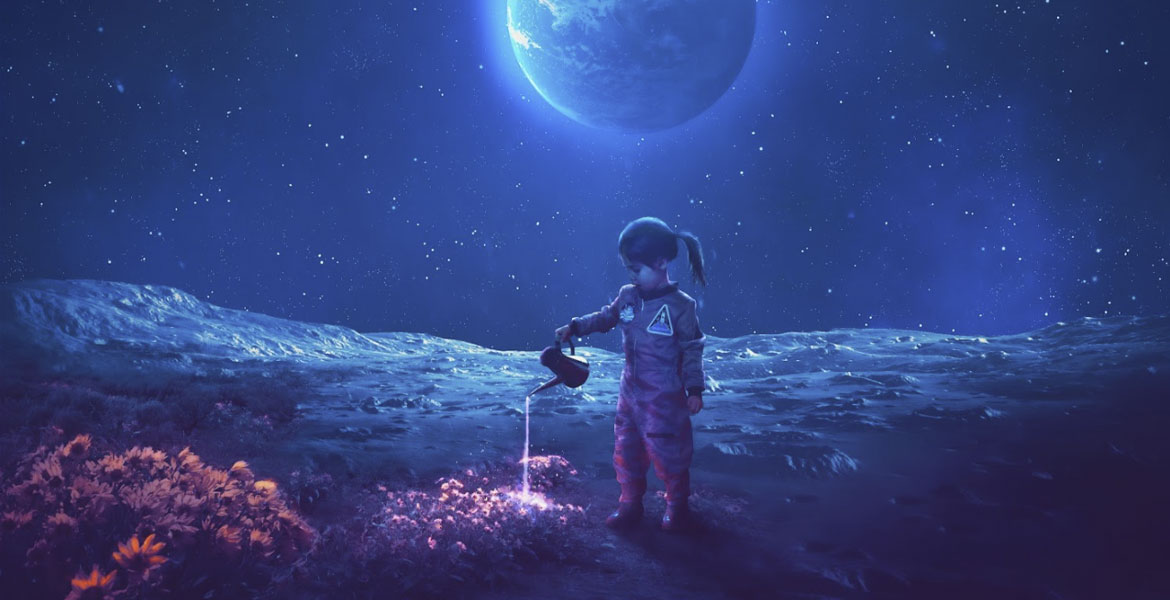 Estella is one of the most admired baby names that mean star. This gorgeous name comes from the Spanish language and means 'star'.

Very similar to the previous name, this one is the French word meaning ‘star’.

This is how the word ‘star’ sounds in Hebrew. In fact, it has been used as a female name since ancient times. An old narrative describes Esther, the Jewish queen of a Persian king, who was chosen for her outstanding beauty.

One of the most gorgeous names that mean star, Aster, comes from the ancient Greek word literally meaning 'star’. By the way, did you know that there is also a flower that bears this name?

Andromeda is actually a constellation named after the beautiful princess from an ancient Greek myth.

Stella is one of the most widely used baby names that mean star. This name is a borrowing from Latin and actually means ‘star’. In addition, Stella is an old name: there is evidence that it was used in England as far back as 1374.

This is the name of a heavenly planet and the Roman goddess of beauty and love. Interestingly, Venus is the most luminous natural object in Earth's night sky after the Moon.

Zvjezdana belongs to Slavic names that mean star. It is derived from the Croatian word meaning 'star'.

Cassiopeia is a splendid constellation that you can easily recognize in the night sky: it resembles the letter W or M. The constellation received its name from the legendary queen of Aethiopia.

This name has Latin origin and means ‘new’. Nova is an astronomical term for appearance of a bright, apparently new star that slowly fades over time.

This rare girl name comes from Latin and means ‘of the heavens, planets or stars’.

Aquila is a constellation rich in bright stars. Its name is Latin for 'eagle' and it represents the legendary bird that carried Zeus' thunderbolts. A powerful one, isn’t it?

This is a majestic name meaning 'star' in Sanskrit. Tara is the name of a Hindu astral goddess, the wife of Brhaspati.

It’s just a spelling variation of Star, however, it looks more interesting and impressive.

The name Aurora is a name of Latin origin meaning ‘dawn’. Not to mention, Aurora is the name of the Roman goddess of sunrise. Plus, the amazing Northern Lights are also called Aurora.

Danica is a personification of the Morning Star in Slavic mythology.

This is a heavenly Latin name meaning ‘star and moon’.

Lyra is a constellation named after the musical instrument. In Greek mythology, the constellation represents the lyre of Orpheus, the first lyre ever produced. Its music was so beautiful that it charmed even trees and rocks.

One of the most wonderful baby names that mean star is Seren, which comes from Welsh.

A lovely name for girls that has Korean origin and means ‘the first ray of the sun’. 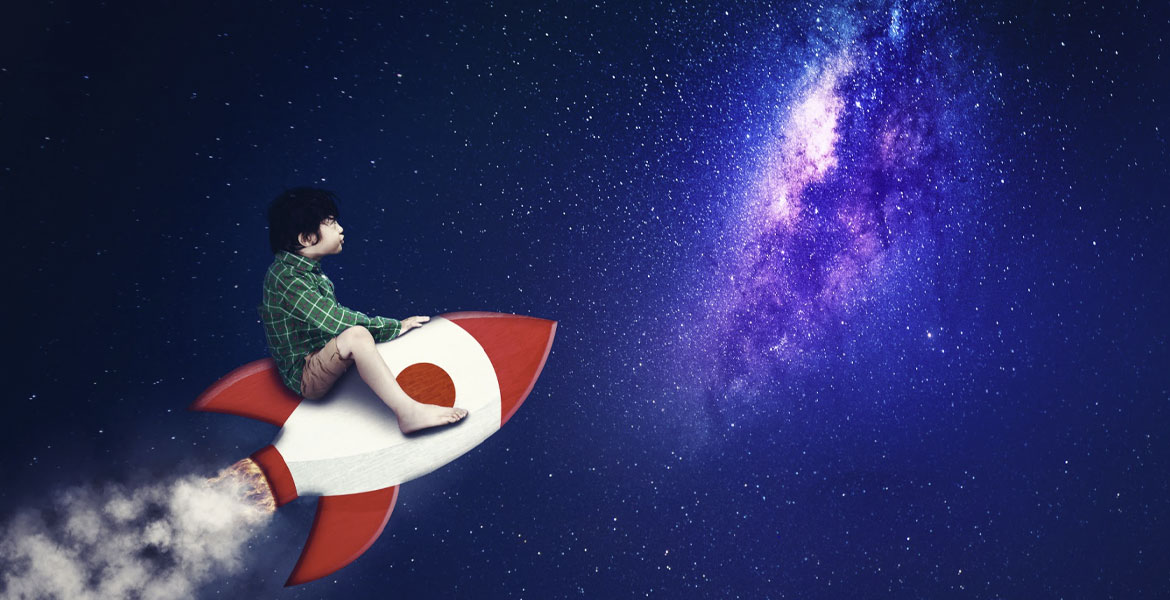 This is an Arabic name meaning 'falcon'. Altair is the name of the brightest star in the Aquila constellation.

This is the name of the Latin origin that means ‘sun’. And the sun is also a star, did you know that?

This is a word of the Basque origin that means 'star'. Izar is a popular baby name in Europe.

Castor is a mythological Greek name that was given to the brightest star in the Gemini constellation.

Draco is the Latin name for dragon. Draco is a constellation that by the way can be observed all year round from the northern hemisphere.

In Greek mythology, Apollo was recognized as a god of the Sun and light.

An interesting name that means ‘star lover’ in Greek. This name was invented by a 16th-century English poet Sir Philip Sidney for the hero of his sonnets.

It’s an original name for a boy that has Hawaiian origin. This name means ‘night of the full moon’.

Saturn is the sixth planet from the sun and by the way the second-largest in the Solar System. Saturn has Latin origin, it was the name of the Roman god of wealth and agriculture.

You might have heard this Greek name since in classical mythology, Hercules is famous for his strength and for his multiple adventures. However, it’s also the name of a constellation in the northern sky.

Borrowed from Arabic, this is an awesome name meaning 'star'.

Cyrus is a Persian name meaning ‘sun’. By the way, it was a popular name of a number of Persian kings.

Orion is a Greek name. It is one of the most prominent constellations that is visible throughout the world, named after a hunter in Greek mythology.

Sirius is the brightest star in the night sky, one of the most known star names. Its name means 'glowing' in Greek.

This was the name of the young Greek god of the Sun, a Titan, who rode across the sky. His sister was Selene, the goddess of Moon.

Jupiter is the fifth planet from the Sun and the largest in the Solar System. It was named after the Roman god of the sky and thunder, and king of all gods in Ancient Roman mythology.

To Wrap It Up 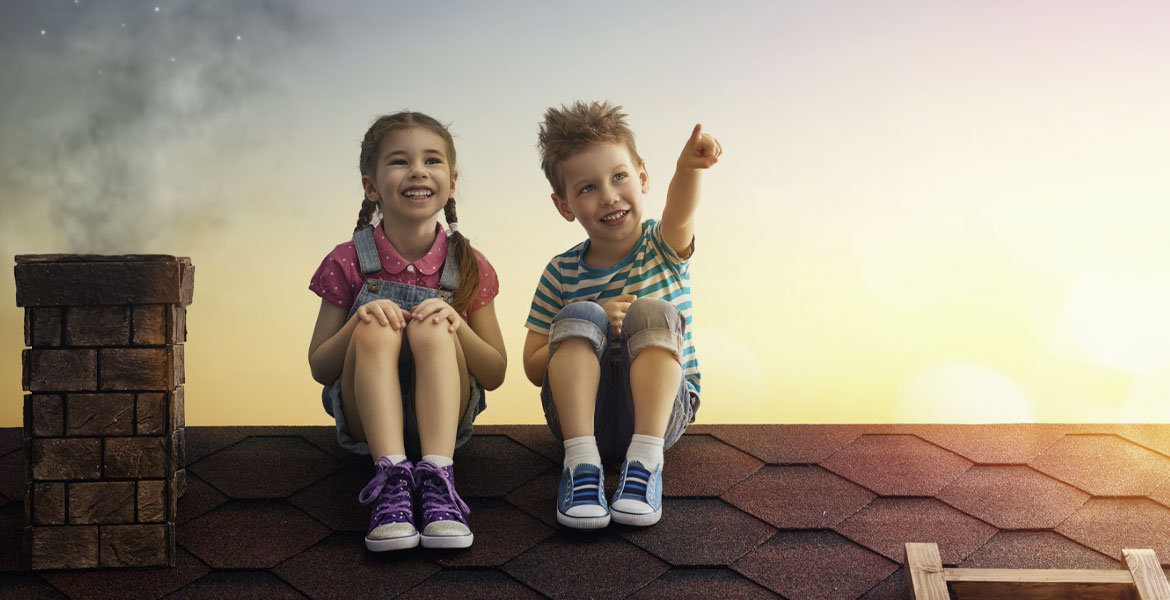 All in all, names meaning ‘star’ are all beautiful, no matter the origin. You can pick a name that literally means 'star' or ‘sun’, or go for a name of a bright star, a planet or even a constellation. Hope you found our list of star names helpful.