Without any doubt, Ancient Rome had an immense impact on the world. Although it’s been thousands of years since the Roman Empire flourished, we can still feel its traces in our daily life, art, science, law, architecture, technology, and language. From bridges to names of planets, the Romans left their mark on our world. Although Roman astronomy was not as highly developed as other sciences, and although often wrong with their suggestions, Roman astronomers still left a legacy that matters. Go on reading to learn about some interesting facts about the Ancient Rome astronomy.

Ancient Romans distinguished seven planets, ordered but Ptolemy in the following way: the Moon, Mercury, Venus, the Sun, Mars, Jupiter, and Saturn. Interestingly, it were the Greeks who first gave names of the Greek gods to planets, but when the Romans studied Greek astronomy, they gave the planets their own gods' names: Mercurius (for Hermes), Venus (Aphrodite), Mars (Ares), Iuppiter (Zeus) and Saturnus (Cronus). 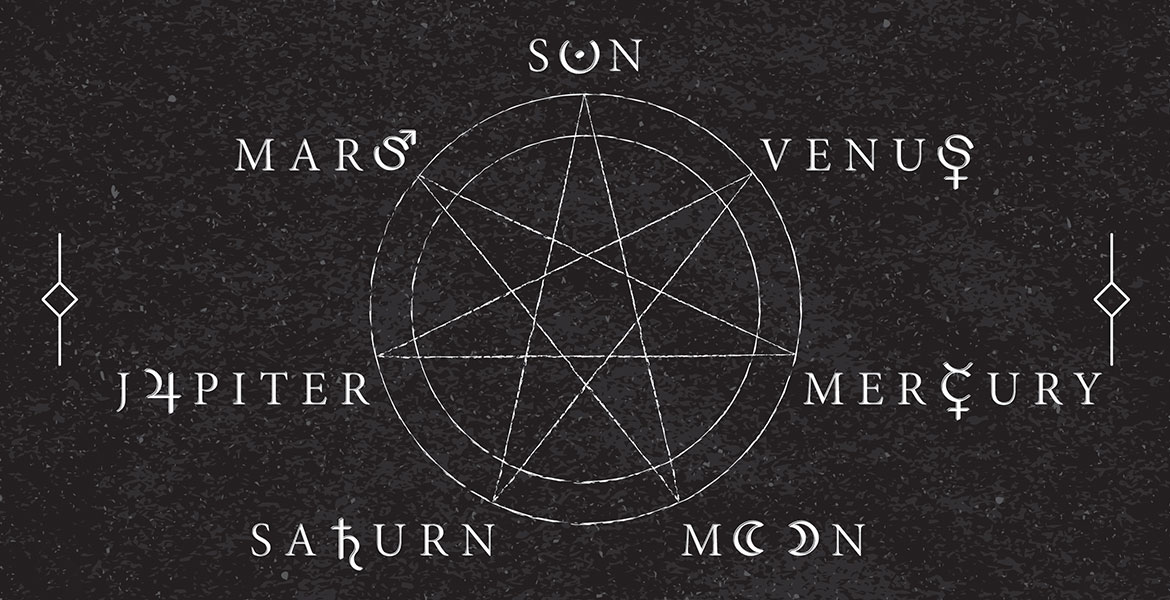 When other planets were discovered in the 18th and 19th centuries, the naming practice was retained with Neptune, named after the Roman god of the sea. However, Uranus is unique as it was named for a Greek deity, a god personifying the sky.

You might wonder why Earth is the only planet that didn’t get its name from Greco-Roman mythology. The answer is simple: Earth was accepted as a planet much later.

The prehistoric Roman calendar is considered to have been an observational lunar calendar whose months began from the first signs of a new crescent moon. Since a lunar cycle is about ​29.5 days long, its months would have varied between 29 and 30 days. 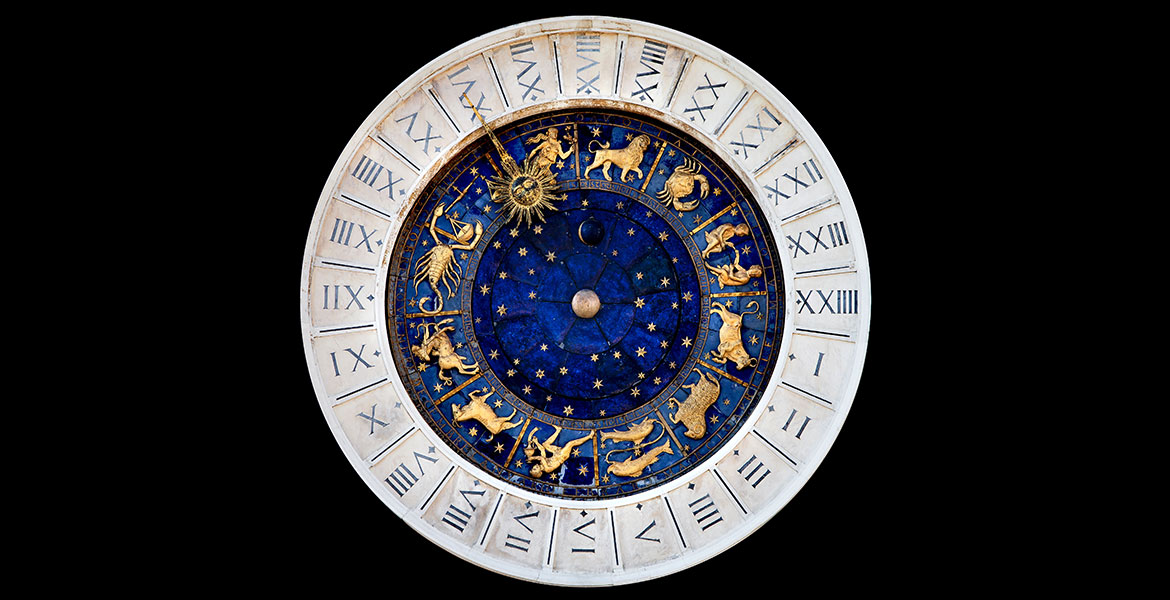 The 7th century BC calendar, which is believed to be drawn up by Romulus, one of the founders of Rome, is the ancestor of the calendar most of the world is using today. However, March was the first month of the year, and the year consisted of 10 months, six of 30 days and four of 31 days. But this is just 304 days, you may think. Right you are: the Roman year ended in December and was followed by an uncounted winter gap. Numa Pompilius, the second king of Rome, added two months, January and February, and increased the total number of days by 50, making 354, so the calendar was still imperfect. The dates were counted forward to the next of three principal days: the first day of the month (the kalends), a day shortly before the middle of the month (the ides), and eight days before this (the nones). This calendar was based on an observational lunar one. In particular, the kalends, nones, and ides seem to have derived from the first sighting of the crescent moon, the first-quarter moon, and the full moon respectively.

The improved version of the calendar was proposed by Julius Caesar, a Roman statesman, in 46 BC. It counted 12 months, however, at that time each month had the same number of days. Every three (and later every four) years February was given a leap day. This calendar was used until the pope Gregory XIII introduced his calendar in the 16th century, making a couple of changes to the Julian calendar.

Ptolemy's Model of the Solar System

You know that Earth goes around the Sun together with other planets, and you aren’t surprised at the fact that the Sun is actually a star. However, things were pretty different two thousand years ago. Without robust telescopes and accurate equipment, the ancients would see the universe in a different way. 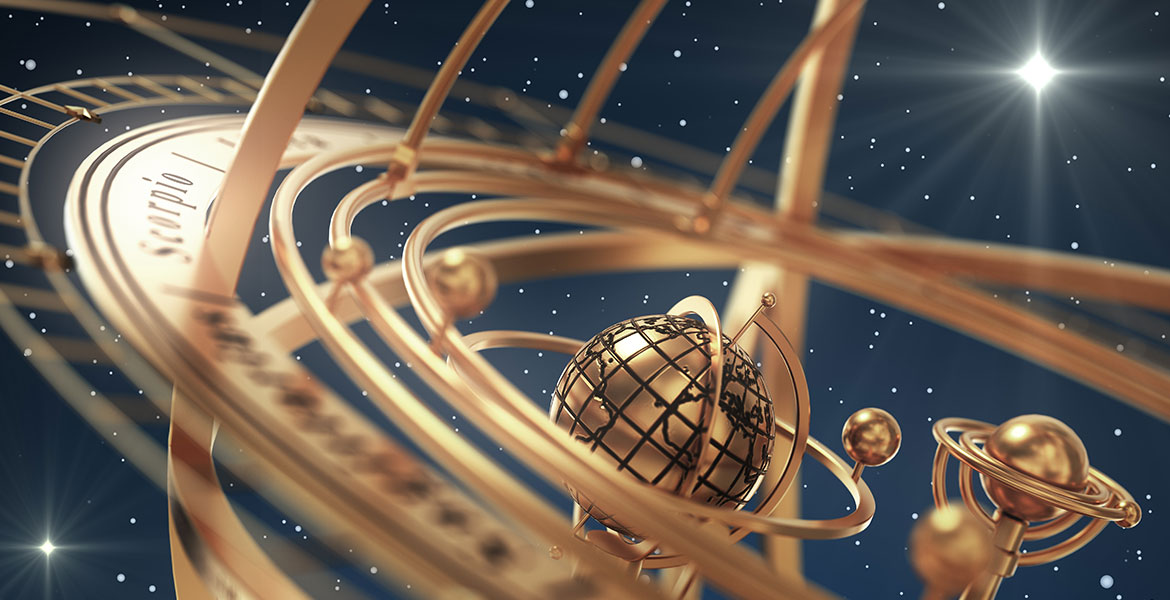 One of the most influential astronomers of his time, Claudius Ptolemaeus, also known as Ptolemy, was born in Egypt in around 90 AD, which was part of the Roman Empire at that time.

Ptolemy’s most significant contribution was a precise representation of the solar system that could predict the position of any of the known planets for any date and time.

In his most famous work called the Almagest, Ptolemy described the motions of the stars and planetary paths. Ptolemy argued that Earth was a sphere in the centre of the universe, based on the straightforward observation that half the stars were above the horizon and half were below the horizon.

According to Ptolemy's model of the solar system, Earth was stationary while the Moon, the Sun, the stars and other planets orbited it. Amazingly, even though Ptolemy’s cosmological model was too far from accurate, with minor adjustments, it endured more than a millenium, until the time of Copernicus who “made” Earth move from the centre.

The publication of Copernicus' model in his book “On the Revolutions of the Celestial Spheres” is considered to be a major event in the history of science.