Spring Constellations: All You Wanted To Know

Spring is beautiful. Cold winter days are behind, and while you can enjoy bright flowers and sunshine during the day, the night sky offers glorious spring constellations to delight in. If you want to find out more about the spring sky constellations and learn how to identify them, you’re in the right place. In this post, we’re covering the most illustrious constellations that commonly appear in spring and sharing clues about how to spot them.

What Are Spring Constellations?

Are you ready to explore spring constellations? Let’s dive in!

Ursa Major, or the Great Bear, is one of the most recognizable star patterns. It is visible all year long in the north and is known for the Big Dipper asterism, composed of its seven brightest stars. Merak and Dubhe, the stars marking the front of the Dipper’s bowl, are known as the Pointers as they show the direction to Polaris. 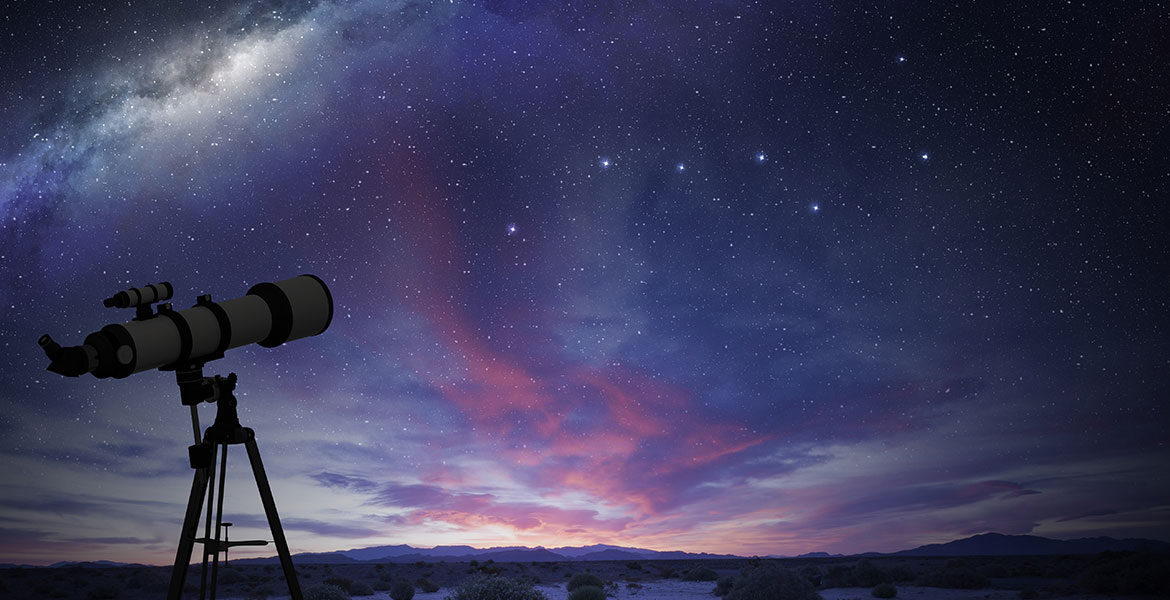 How to spot Ursa Major? To start with, find the Big Dipper. It is one of the easiest star patterns to locate in the sky. It’s visible every night in the Northern Hemisphere, looking like a huge dot-to-dot of a kitchen ladle. Found? Here you are: the Big Dipper’s handle is the Bear’s tail.

In Greek mythology, Leo was identified as the Nemean Lion which was killed by Heracles. Leo ranks as one of the easiest of the twelve zodiac constellations to recognize in the night sky. You can find Leo by seeking out a backwards question mark. This pattern, or, to be more precise, asterism, is called the Sickle. Leo’s most luminous star, Regulus, marks the bottom of the backwards question mark, whose curve outlines the Lion’s mane.

If you can easily spot the Big Dipper, there is one more way to locate the Lion. To start off, locate the Pointer stars. Next, draw a hypothetical line between them. When you follow this line to the North, it will point the direction to Polaris. Following the Pointer stars to the South will lead you right to Leo. 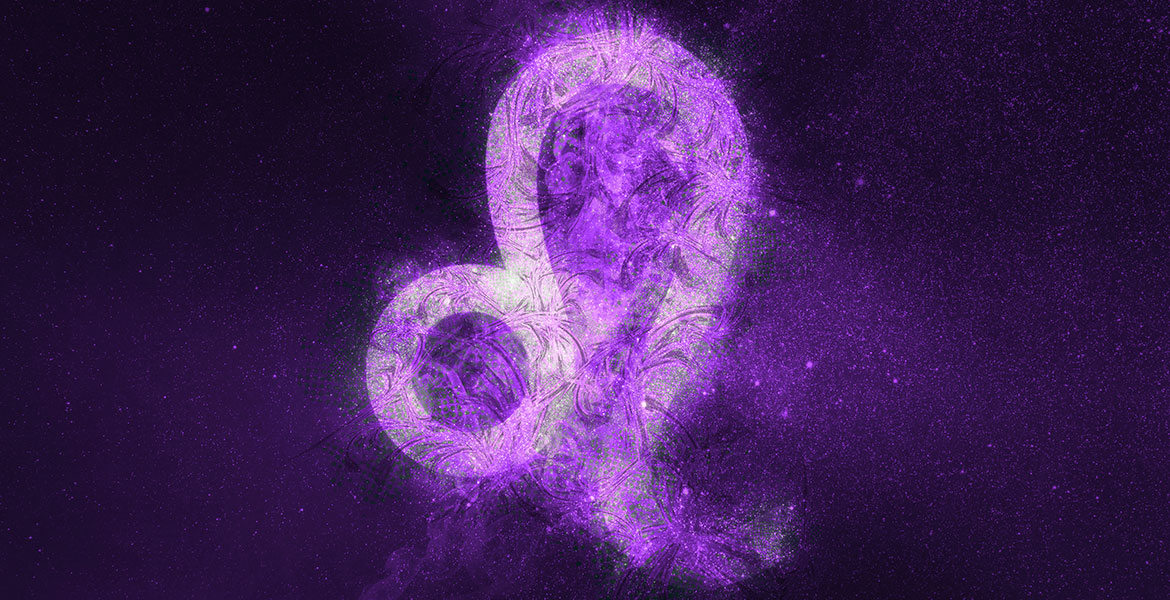 Boötes is another prominent constellation. Its name comes from a Greek word meaning 'herdsman' or 'plowman'. Interestingly, Homer mentions Boötes in his Odyssey as a celestial reference for navigation. It contains the fourth-brightest star in the night sky, the orange giant Arcturus. In general, Boötes contains 29 stars that are visible to the naked eye.

To locate Boötes, find the Big Dipper asterism. Follow the arc made by the Dipper's handle until you see a bright star. This is Arcturus, which is located in what would be the waist of the herdsman. 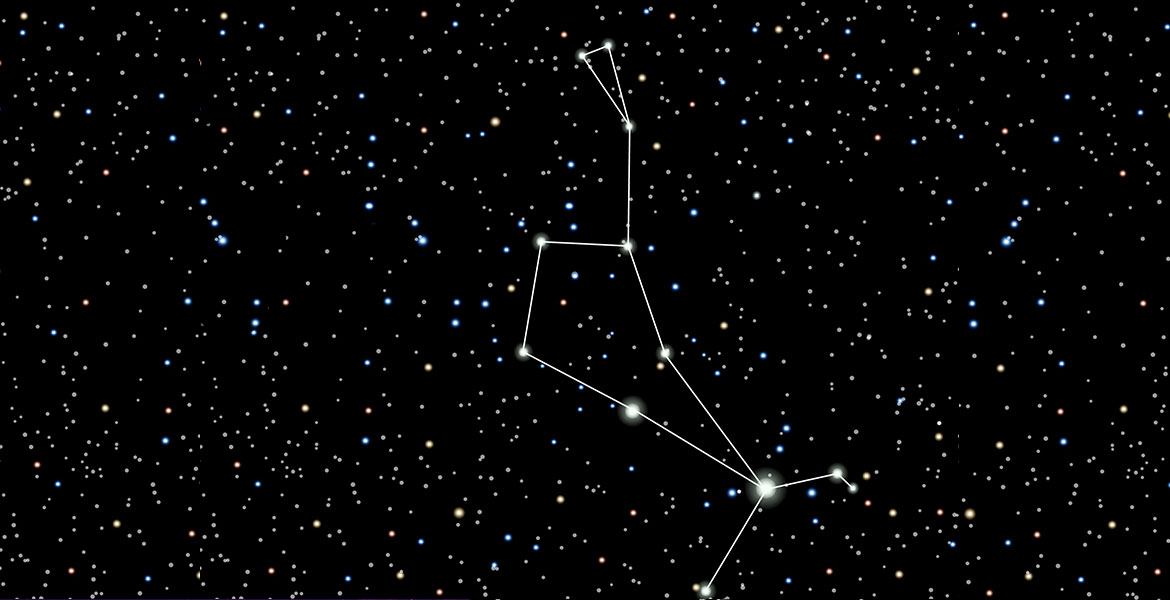 Cancer is one of the twelve zodiac constellations that can be seen in the Northern Hemisphere during the spring months. Its name is Latin for ‘crab’. Like many of its celestial counterparts, Cancer got its name from a mythological beast killed by Hercules.

Cancer is a medium-size constellation, and its stars are mostly faint. Its brightest star Tarf, or Beta Cancri, has a magnitude of just 3.5. Interestingly, Cancer contains two stars with planets. One of them, 55 Cancri, has five planets, one of which might be in the habitable zone as it has expected temperatures similar to Earth. 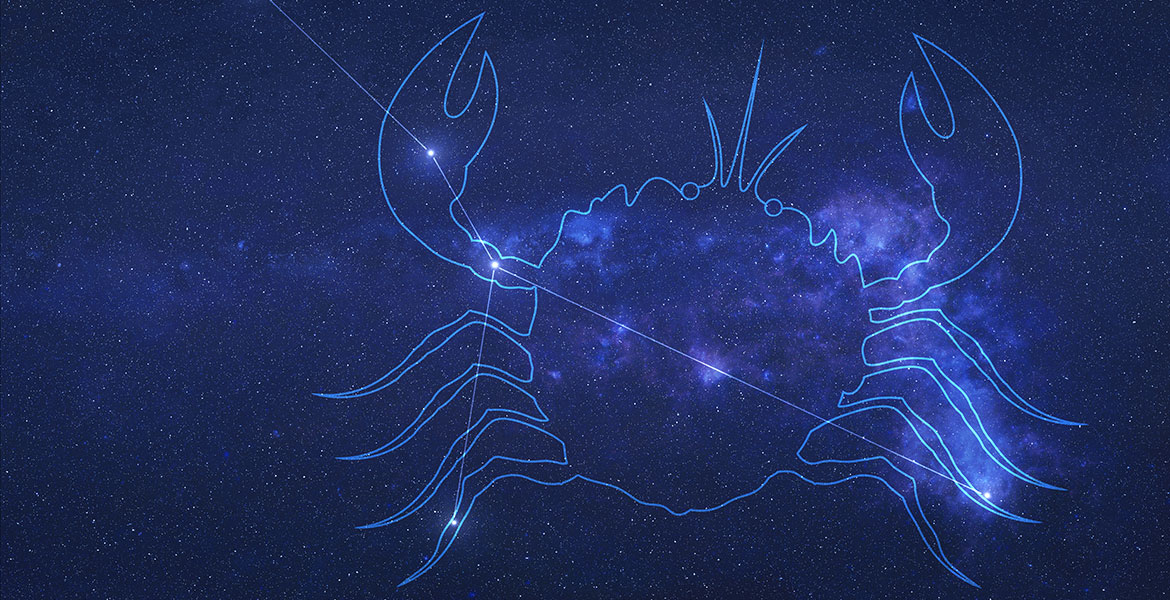 Being totally deprived of bright stars, Cancer is not that easy to find. But the challenge is worth accepting, isn’t it? So first of all, spot Leo. Ten, identify the head of the Lion. Imagine that the Lion is looking a bit down eastwards, and find two stars that represent the eyes of the Crab. Can you see the legs surrounding the imaginary Crab’s body? If yes, congrats, you’ve hunted the Crab!

Containing a total of 283 stars and occupying over 3% of the night sky, Hydra is the biggest constellation that is seen from Earth. It’s also the longest star pattern, meandering across 95 degrees of the sky, and it takes Hydra nearly seven hours to fully rise into view. Its shape reminds of a snake. Hydra is associated with the monster killed by Hercules. Although huge, it contains only one moderately bright star, Alphard, or Alpha Hydrae, which is an orange giant. 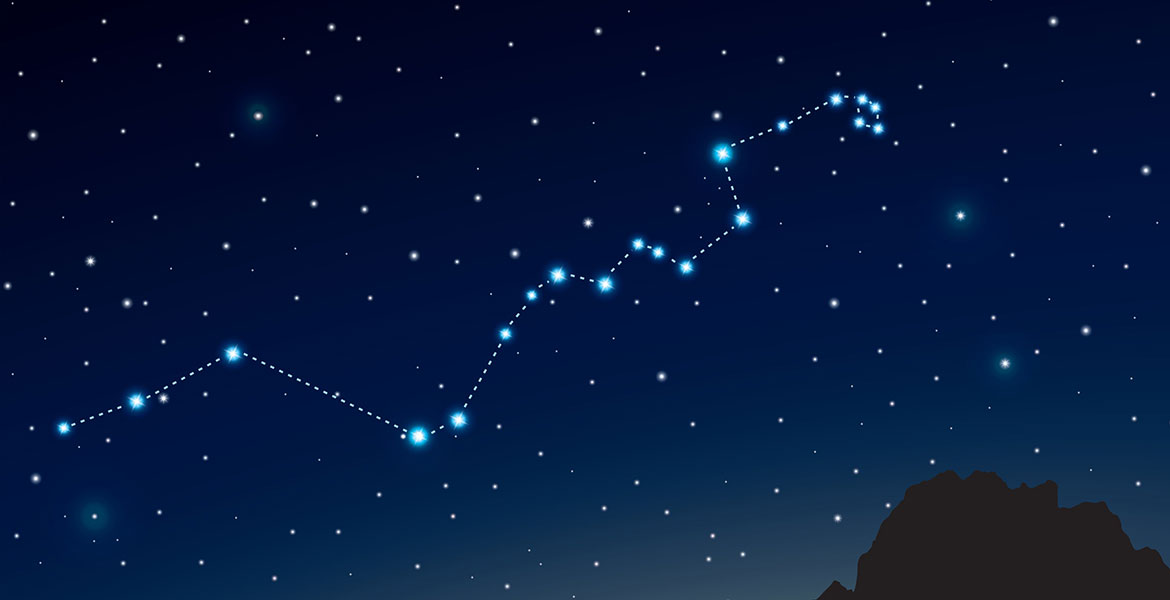 The Snake is best seen from the Southern Hemisphere, and the most suitable time of the year to view it in the North is spring. It’s not difficult to spot: Hydra’s head is located quite below Cancer and is composed of six bright stars while its body stretches towards the east.

Virgo is the second-largest constellation in the sky. It represents the deity Persephone, the goddess of harvest and fertility. Besides Spica, its brightest star (magnitude 0.97), Virgo contains several other bright stars: Zavijava, Porrima, Auva, and Vindemiatrix. 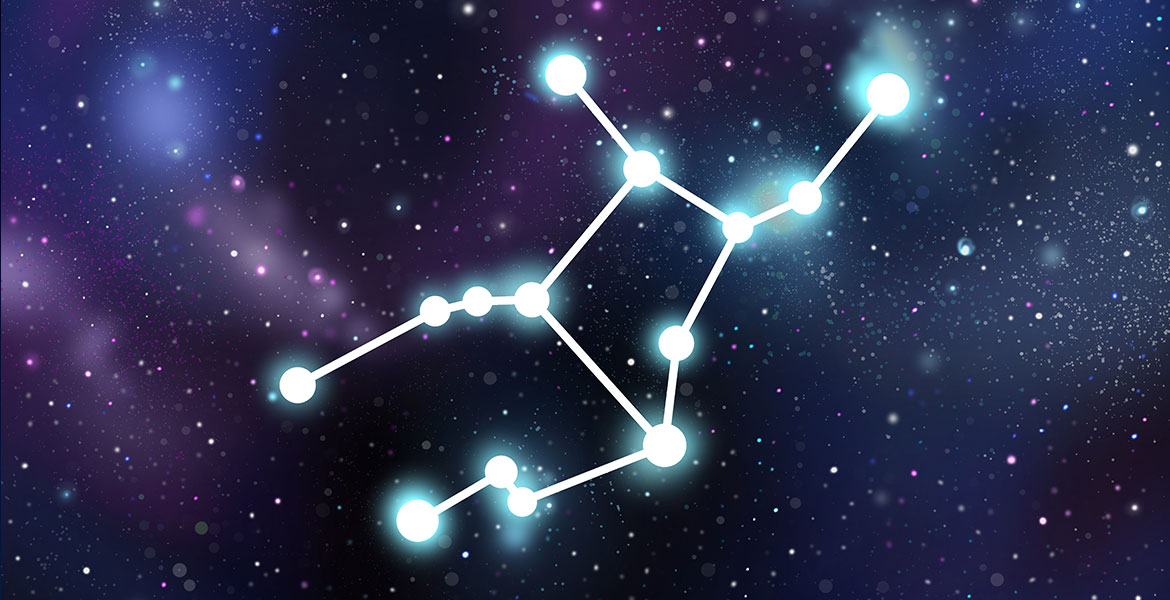 The most suitable time of the year to view Virgo in the Northern Hemisphere is in April. The bright star Spica makes it quite easy to locate. You can spot Spica by following the curve of the Big Dipper to Arcturus in Boötes and proceeding from there in the same curve.

Use a Spring Constellation Map

If you still find it difficult to locate constellations in the night sky, a spring constellation map will be very helpful. It’s a good idea to buy a printed map or find one in a book on astronomy, but there are a lot of digital star maps available on the internet. For instance, you can use Google Sky to help you navigate through the night sky like Google Maps help you navigate through the city, or just type “spring constellations Northern Hemisphere map” in the search box and find your best helper in locating stars and constellations.

We hope you’ll have an amazing stargazing experience.