You must have heard of the long ocean voyages the brave sailors went on centuries ago. But have you ever wondered how they managed to navigate the boundless expanses of the ocean without any technology? Amazingly, but before the advent of the GPS and even before the invention of the compass, the major way to determine the direction on land or at sea was to navigate using the stars in the night sky.

Although modern, highly accurate technology has made it easier to find the right direction, learning to navigate by the stars is really gripping. What is more, using stars to navigate is not as difficult as it may seem. To determine north, south, east and west, you need to learn how to spot certain stars and constellations in the night sky. Interested? Stay with us: in this guide, we’re sharing some helpful tips on how to navigate using stars. 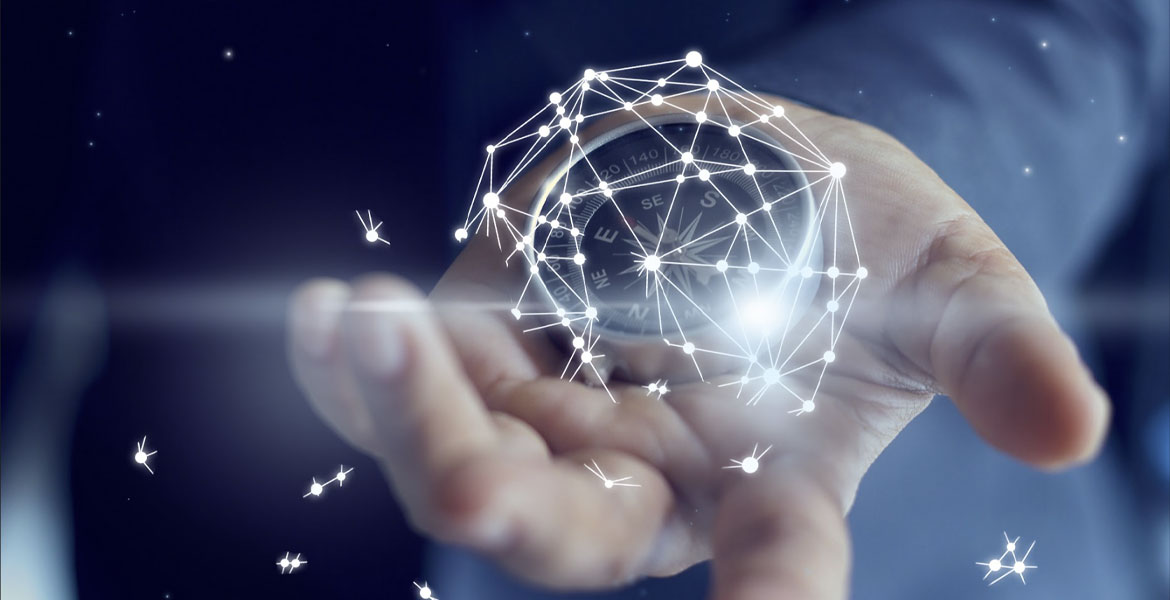 How to navigate using stars: things to know before you start

Celestial navigation is both an art and a science. It is one of the oldest practices in human history. Mariners used the knowledge of finding their way by the stars in the night sky for centuries. Today, celestial navigation can be a rewarding pastime or a way to orient when you go camping in the wild. Finally, by learning how to navigate using the stars and constellations in the sky, you broaden your knowledge of the universe.

You might already know that there are 88 different constellations in the night sky, but you don’t need to know all of them for successful celestial navigation. According to the Royal Naval Academy, there are 58 stars that can be used for navigation. To be able to spot all of them, you need to know 38 constellations. Still, if it seems too much for you, you can start with the following five constellations: Ursa Major, Ursa Minor, Cassiopeia, Crux, and Orion. Let’s take a closer look at them. 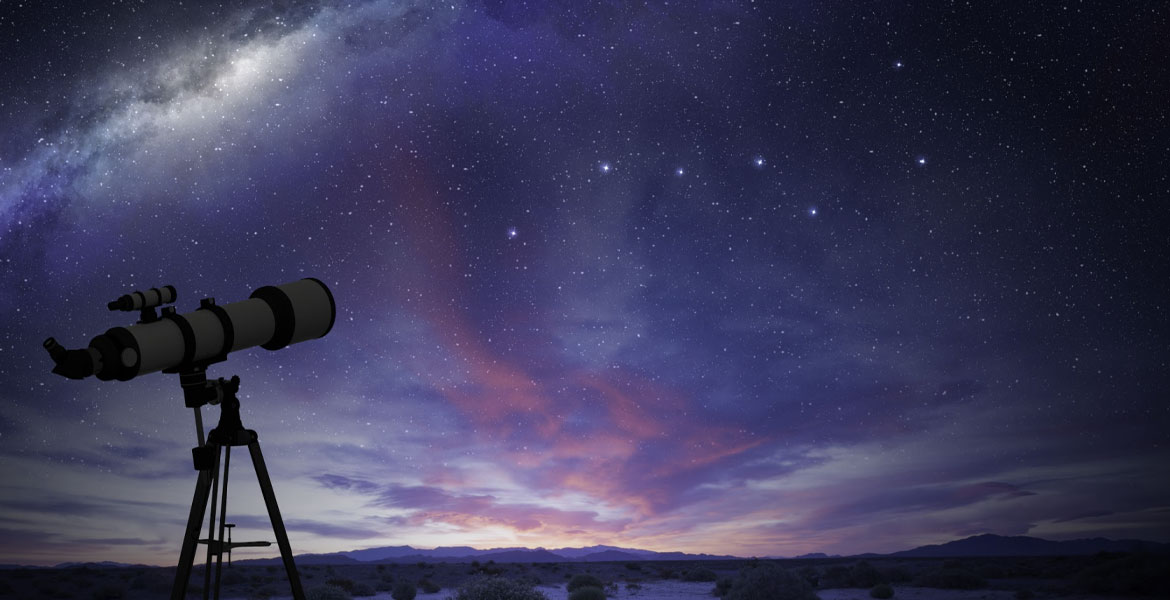 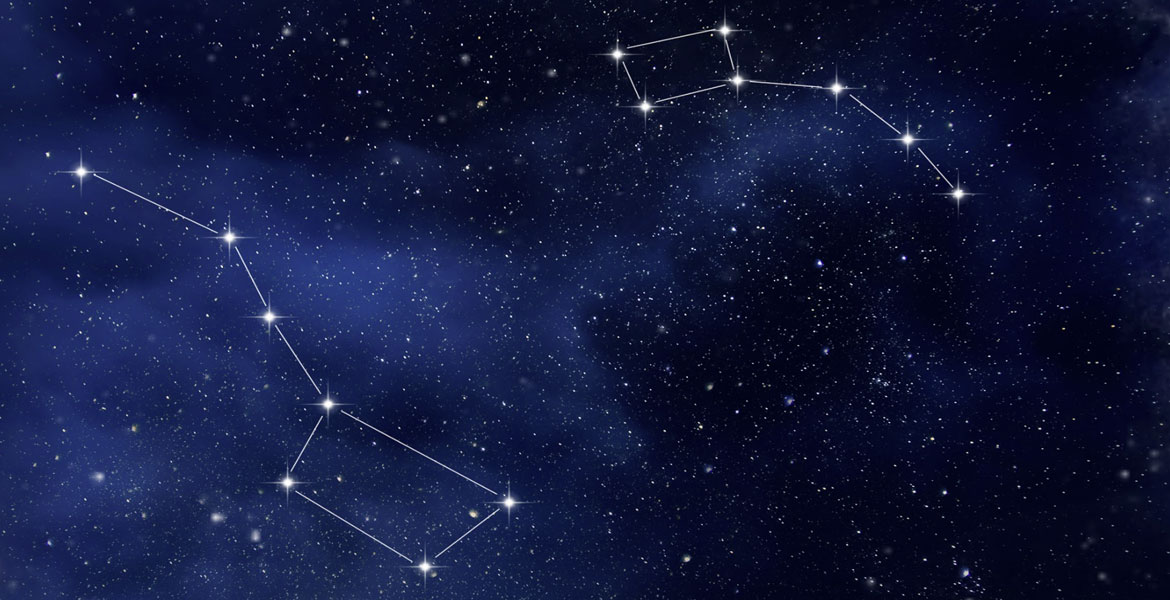 Named after the legendary Greek queen, Cassiopeia is a beautiful constellation in the Northern Hemisphere, which is fairly easy to locate. Just find a group of five bright stars shaped like a W. You can use Cassiopeia to locate the North Star. 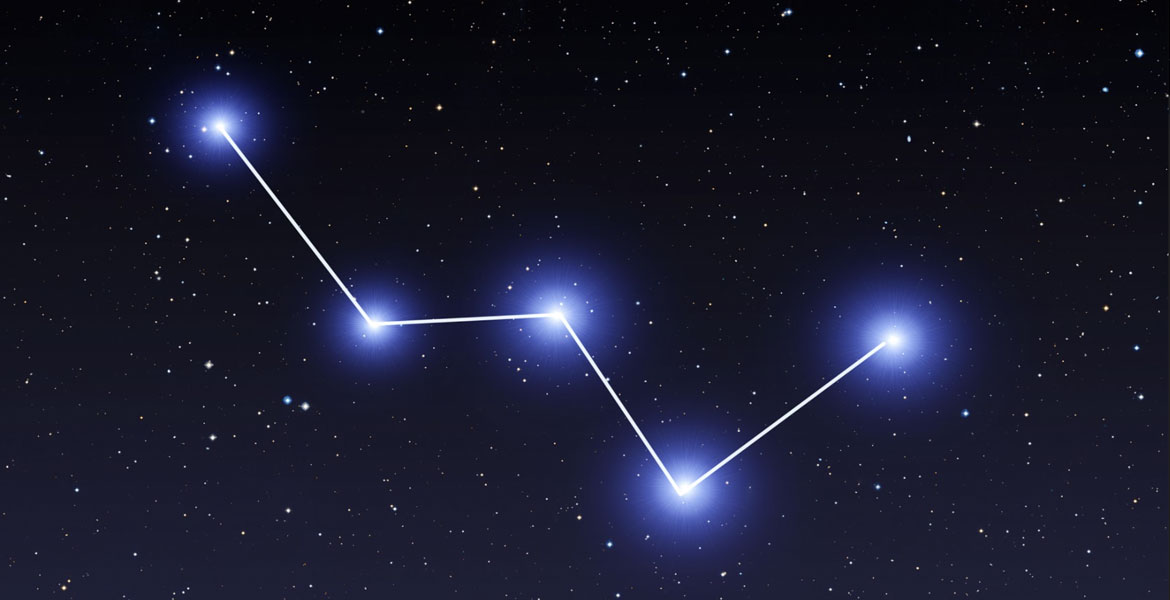 The Crux constellation, also known as the Southern Cross, is the most important navigation point in the Southern Hemisphere that helps to identify the south. It consists of five stars that make up a cross, and is the smallest constellation in the night sky. 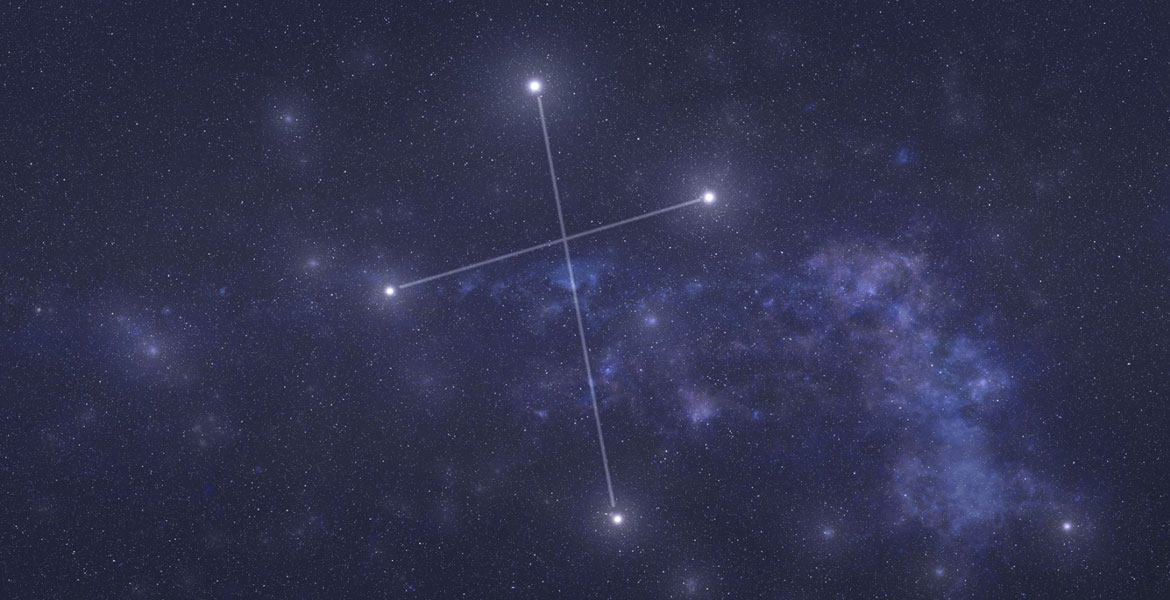 Orion, or the Hunter, is one of the most prominent constellations in the Northern Hemisphere. It’s easy to recognize this constellation thanks to the Orion’s Belt asterism, three bright stars lying in a straight line. 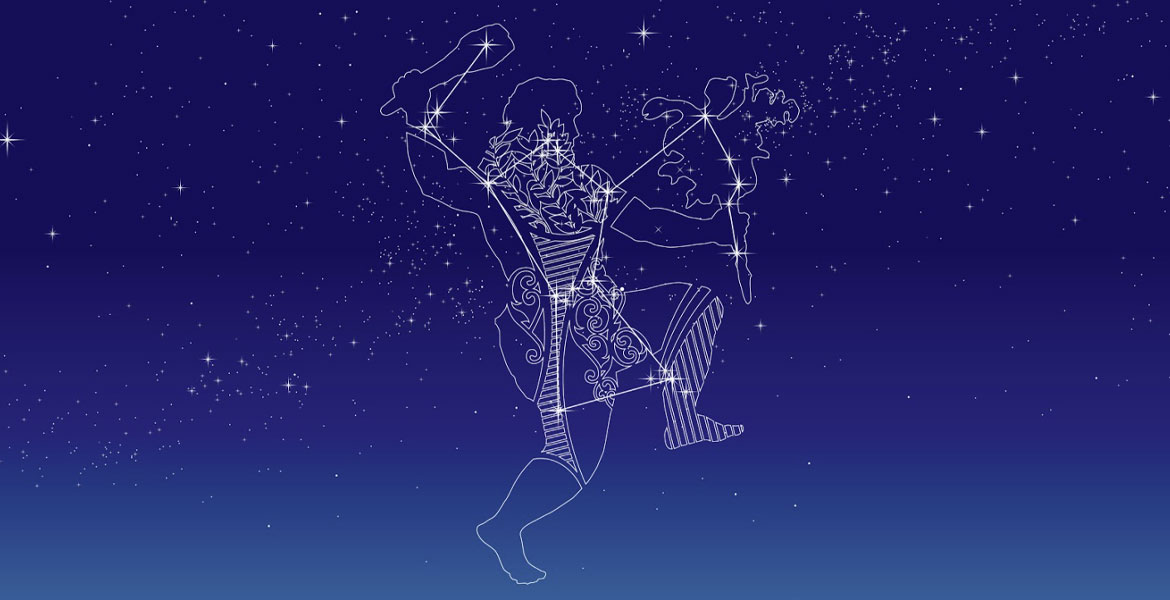 How to find directions using stars

Without any doubt, successful navigation depends upon how well you can identify the cardinal points in the first place. There are several most widespread methods of how to find north, east, south and west by day, for instance, using the position of the sun or a sundial. However, it’s quite possible to determine directions by night, using the stars.

The North Star, or Polaris, is the most important for astronavigation as it is located directly over the North Pole and will always accurately point to the north. As the Earth rotates, the North Star stays almost fixed, while the other stars appear to rotate around it.

Because Polaris marks the end of the Little Dipper’s handle, the easiest way to locate it is by finding Ursa Minor. However, the Little Dipper is way fainter than the Big Dipper, making it more complicated to spot in the night sky.

That’s why a more popular way to find the North Star is with help of the Big Dipper asterism. Look at the Big Dipper: it resembles a huge saucepan with four bright stars that mark the saucepan’s bowl and the three stars that mark its handle. Now draw an imaginary line passing up through the two stars on the pan that are furthest from the handle. These are Dubhe and Merak, also known as pointer stars. Continue the line until you find a distinctively bright star: this is the North Star. Interestingly, although the Big Dipper rotates anti-clockwise around the North Star, and it sometimes appears on its side or even upside down, its relationship with the North Star remains the same and it will always reliably point the way to it. 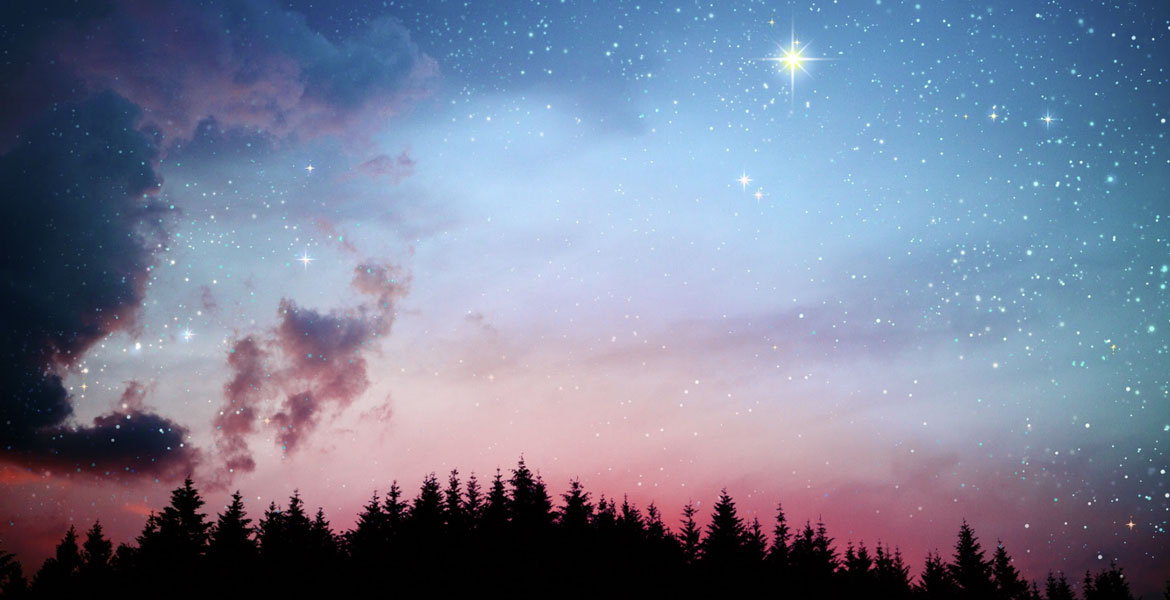 Finally, you can spot Polaris with the help of Cassiopeia. For this, draw an imaginary line that bisects the first of the two valleys of the W, and this line will lead to Polaris.

Crux is visible from the Southern Hemisphere at practically any time of year. At its highest point, Crux lies in a position just upright over the horizon, and its longer line points straight to the south celestial pole. When Crux is not at its highest point in the sky, to locate the south, you need to draw a line from Gacrux, a star at the top of Crux, to Acrux, a star at the bottom of the cross. Now, stretch the line by 4.5 times the distance between Gacrux and Acrux to find the south celestial pole. The due south lies right below it. 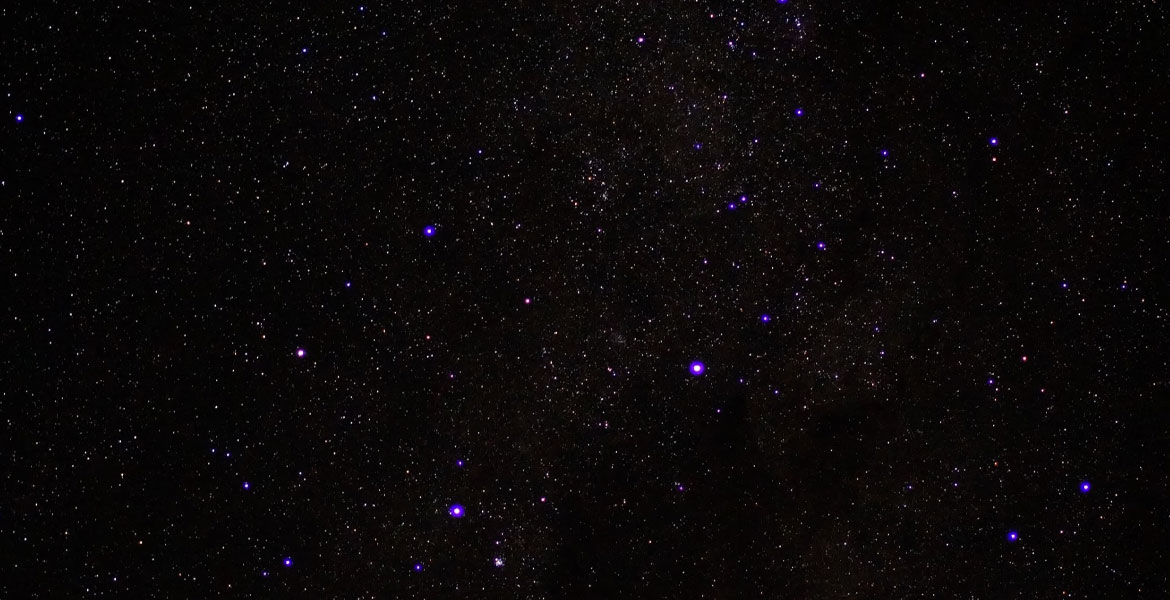 Locate the south with the help of Centaurus

There exists another way of finding south, which is considered more accurate. For this, you need to locate Crux and the pointer stars from the neighbouring constellation, Centaurus. These two stars are easy to recognize as they are bright and look like the front leg of the mythological creature.

Draw an imaginary line between the two stars at the top and the bottom of the cross. Then join a line through the two pointers, bisect it and draw a perpendicular line down from this middle point toward the first line until the lines intersect. This is the south celestial pole. Now, just look straight down to the horizon and you've found south.

Use Polaris to find your latitude in the Northern Hemisphere

Geographical attitude is a coordinate that determines the north-south position of a certain point on the Earth's surface. Latitude is an angle which ranges from 0 deg at Equator, and 90 deg at the North Pole. You can measure your latitude in the Northern Hemisphere based on how high Polaris is in the sky. Mariners can read the latitude with the help of tools such as a sextant or quadrant, however, it’s possible to identify the latitude with the help of your hands. For this, extend your arms and make fists. Now, determine how high the North Star is above the horizon using your fist as a measurement unit. Each fist approximately equals ten degrees.

For a more accurate measurement, you can use a drafting compass and a protractor. For this, first locate Polaris. Then hold the compass out in front of you and align the 0 deg edge of the compass with the horizon. Keeping the 0 deg edge flat against the horizon, move one arm of the compass until it points straight at Polaris. Now, measure the angle with the help of a protractor. This angle is the altitude of the North Star from your location on Earth, which exactly corresponds to your latitude. 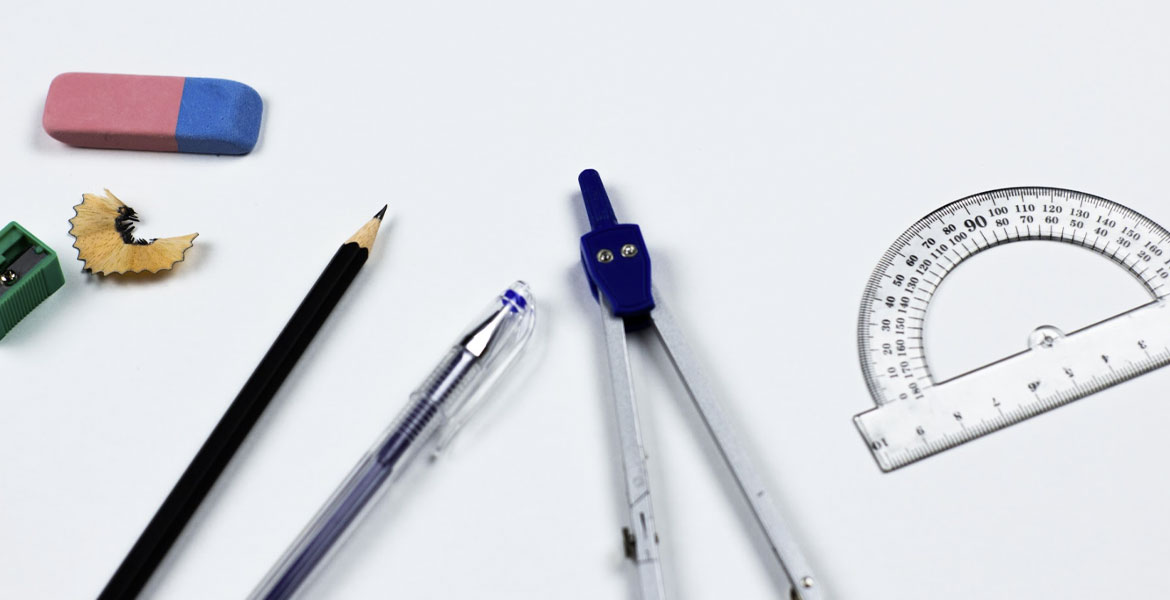 Also, you can find east and west with the help of the Orion constellation, and namely a star in the Orion’s Belt. 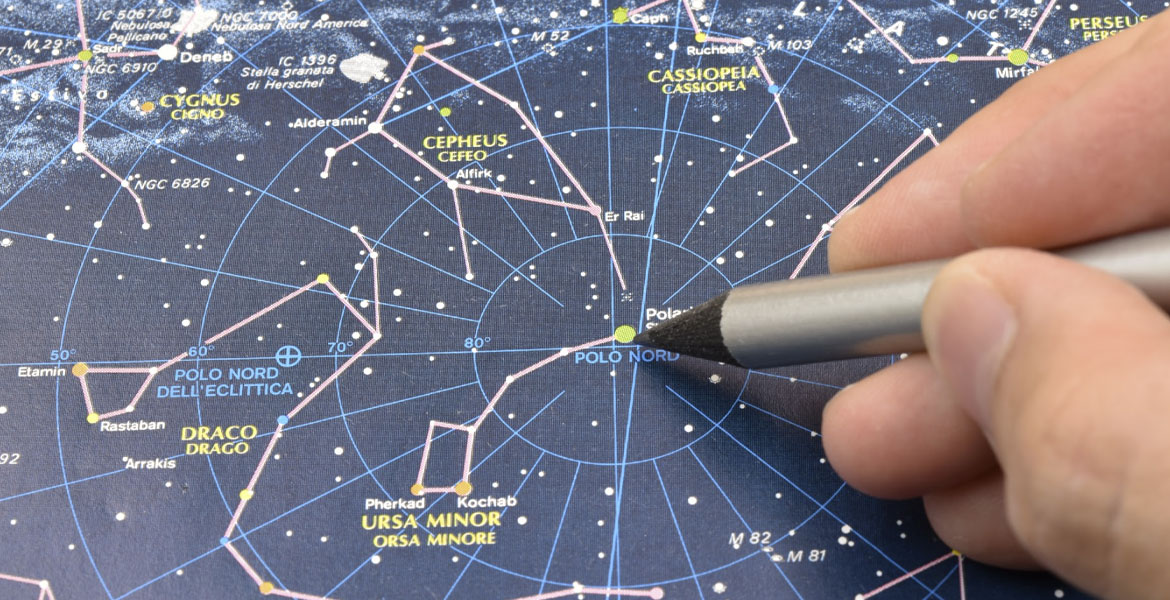 No matter if you are navigating for fun or necessity, knowing the major constellations and stars in the sky can help guide you through the night to your destination. We hope you find our guide on celestial navigation helpful.